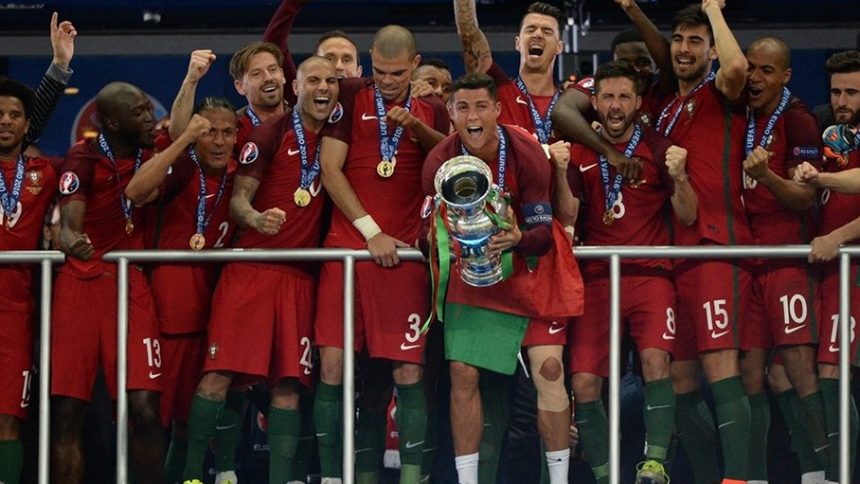 Euro 2016 Champions: Portugal Seal the Cup with a Late Strike from Eder

Portugal are crowned Euro 2016 champions after Eder found a late goal in the 109th minute of the final at Stade de France.

“No one believed in us. I had already won everything with clubs. I lacked something with the national team. Portugal have deserved this after many years of sacrifice,” Ronaldo said after Portugal were crowned Euro 2016 champions for the first time in their history.

Ronaldo had to be taken off the pitch on a stretcher early in the game, after the Portuguese captain suffered a tough challenge by Dimitri Payet. The Real Madrid winger attempted to resume playing after the tackle but seemed to have been unable to continue, which propelled the Portugal boss Fernando Santos to replace his captain with Ricardo Quaresma in the 25th minute.

Despite not being able to make a difference on the pitch, Ronaldo was often seen guiding and cheering his team from the sidelines, after the medical team patched up his left knee – something he has a problematic history with.

“It was not the final I wanted, but I am very happy. It is a trophy for all the Portuguese, for all immigrants, all the people who believed in us, so I am very happy and very proud. I tried to come back. My knee was swelling up and I couldn’t. There was too much pain,” lamented the 31-year-old captain of the Euro 2016 champions.

With 0-0 reading on the scoreline, Santos decided to bring on Lille forward Eder 11 minutes before the end of regular time. And it proved to be a master stroke as he found the back of the net in the 109th minute of the final that led Portugal to victory. “I’ve been in football a long time. I have a lot of feelings. I felt that he was the one who was going to score,” Ronaldo commented about Eder’s winning goal. 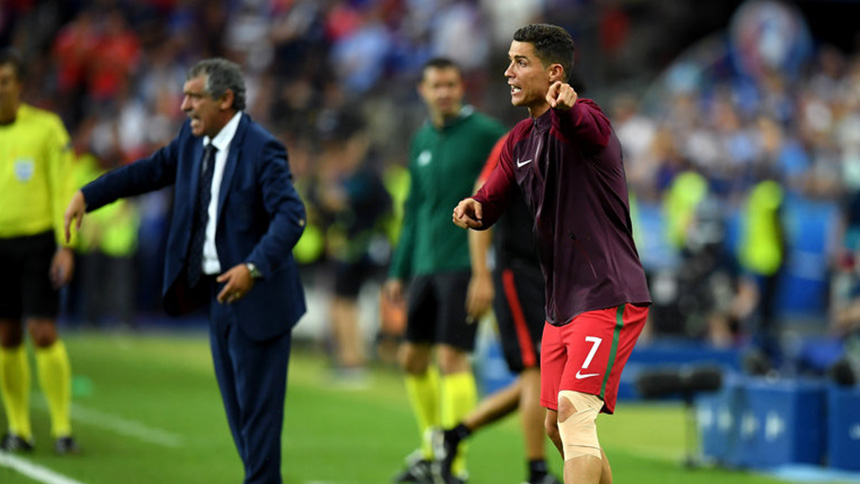 After Mark Clattenburg blew the final whistle, Ronaldo regained his captain’s armband from Nani – which he bestowed on him before he got taken off – and joined the rest of his teammates to the podium where he lifted the Henri Delaunay trophy. After winning countless trophies at club level, this marks the first time Ronaldo has achieved success with the national side. Portugal were previously close to clinching the European Cup on their home soil in 2004 when they played Greece in the final, however they suffered a heart-breaking loss that saw them miss out on the trophy.

The Euro 2016 champions were the underdogs heading into the final per online sportsbooks, but they’ve managed to surprise everyone with their win over the hosts who were expected to win the championship in front of the home support. France boss Didier Deschamps confessed his side were a “bit tired” although he’s not attributing the loss to that alone as he believes they should have done more to convert their chances in front of goal.

(Bet on other football action with Bet365 Sports. For more info about the online sportsbook, check out our Bet365 Sports Review.)

“Even if we were a little bit tired as well, that’s not an excuse. We had chances to score, and the last one fell to (Andre-Pierre) Gignac. It came down to tiny details, it was a close match. We had chances, as did the Portuguese, but unfortunately they scored,” said Deschamps, who may now be facing an axe form the national side, despite guiding his country all the way to the final.

“It’s a great disappointment for it to end now, with this final. We must not throw everything that we’ve done away, but we threw away a great chance to be European Champions, not the only one, but a great one.”