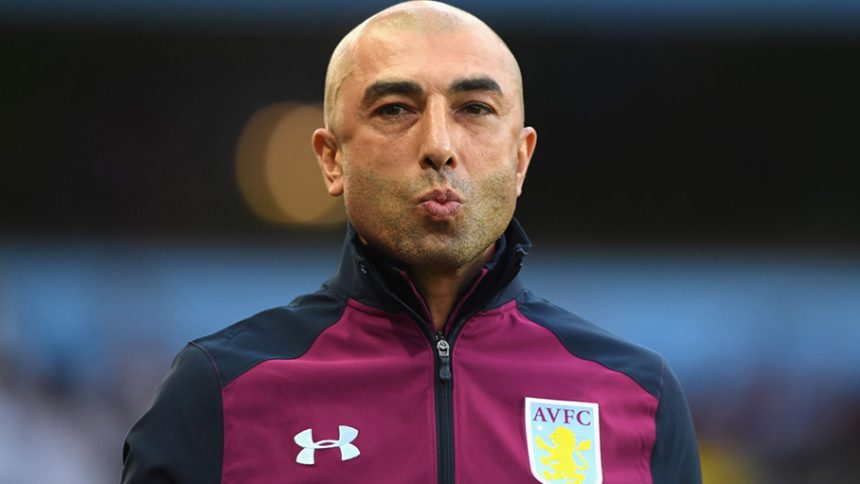 After only four months in charge of the Lions, Roberto Di Matteo has been axed by the club following a string of disappointing results – check out the best soccer betting odds with Bet365!

“Aston Villa Football Club has today parted company with manager Roberto Di Matteo. The Club decided to act following a run of disappointing results which has left the team occupying 19th position in the Championship.”

“The Club would like to place on record its appreciation to Roberto for all his efforts in helping rebuild the squad and wish him well for the future. Steve Clarke will take over as caretaker manager during the search for a new manager.”

Aston Villa currently sit in 19th position (out of 24) in England’s second tier with merely 10 points from 12 matches. Di Matteo’s successor will have quite a challenge on his hands if they are to improve their fortunes; promotion back to the Premier League seems implausible at this stage.

Check out tons of markets with great soccer betting odds at Bet365!

(For more info about the online sportsbook, check out Betting Herald’s Bet365 Sports Review – it boasts a host of special markets and lucrative sportsbook bonuses.)

After spending six years with Chelsea as a player between 1996 and 2002, Di Matteo decided to hang up his boots due to recurring injuries that prevented him from playing at the highest level. In July 2008 he returned to football, only this time in a managerial role with Milton Keynes Dons which gave him first experience with club management.

After a year, he signed a contract to take over West Bromwich Albion, but was sacked midway through the 2010-11 season after overseeing a total of 83 games that resulted in a winning percentage of 48.2%. He wasn’t jobless for long after deciding to join his former club Chelsea in the summer of 2011 as an assistant to new boss Andre Villas-Boas. The Portuguese suffered a string of poor results and had bust-ups with a number of big players at Stamford Bridge which culminated in his dismissal, so the club decided to appoint Di Matteo as the new Chelsea manager on March 4, 2012.

Back your team with the best soccer betting odds!

Despite having limited managerial experience in the English top flight, the Italian managed to lead Chelsea to FA Cup glory with a 2-1 victory over Liverpool at Wembley on May 5 that year. Only a fortnight later he lifted the trophy that Chelsea – and also their owner Roman Abramovich – have craved for years – the Champions League trophy. They defeated Bayern Munich on penalties in their own home – the Allianz Arena – to lift their first ever European title, however only six months later he received the axe by the club after disappointing results. He left Chelsea on November 21, 2012 with a 57.1% winning percentage and a historic achievement during his short-lived spell at Stamford Bridge.

Di Matteo next moved on to Schalke in October 2014, but was sacked by the Bundesliga club during the same season, on May 26, 2015, with a winning percentage of 42.4%. Last summer Aston Villa came calling with a managerial post and he agreed to take on the challenge, despite the club playing in The Championship. After only 12 games into the campaign – which saw them clinch only one victory – the board decided to show him the exit door, with Di Matteo recording the worst winning percentage of his career – 8.3%.

Place a wager on these markets to maximize your earnings with the best soccer betting odds at Bet365!

Liked this article? Take a look at the latest in online betting news! Don’t bet on your favorite team without checking our online betting guides. You can also follow our latest online betting tips and news on Twitter and Facebook.
Tag Bet365 online sportsbook premier league soccer betting odds sportsbook bonuses the championship