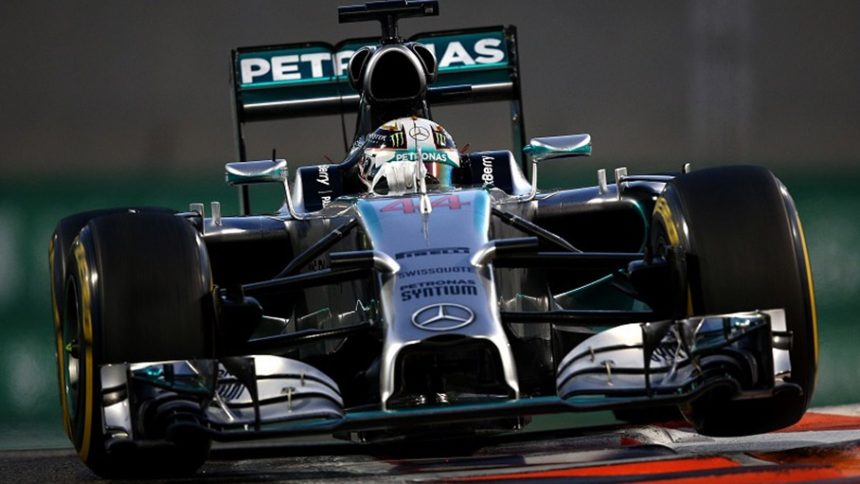 Turbo is the Way for Mercedes, Instead of Formula 1 Size Zero

The current Constructors’ Champions of Formula 1 are aiming to clinch their third consecutive title in the coming season, but they’re not putting their bets on the Formula 1 size zero concept. Instead of this, Mercedes plans on making use of its split turbo system that allows them to give out maximum performance.

Jonathan Noble, writer for Motorsport, stressed that recently Mercedes’ engine chief Andy Cowell shed light onto the great success that the team has enjoyed in recent years. He believes that car’s design, along with the split turbo system, allowed them to achieve positive results. “I don’t think it was over-played. Is it the silver bullet? I think it is something where there are lots of positive contributors that go into it to make that comment,” said Cowell, before adding, “It is not done for one reason. There are many reasons that go together; to make it something that we think is still attractive.”

It was believed that other teams would try emulate their formula (pun intended) once they received news about their turbo system, however that ended up not being the case. And Cowell was actually not surprised; he believes there are a number of reasons why each of the constructors have decided to stick with their original plans. “We are all in the same race but everybody has got slightly different efficiencies, slightly different views, slightly different supply levels of vertical integration, or different suppliers,” Mercedes’ engine chief said.

In reference to the turbo’s size, Cowell asserted the most important element is winning “championship points.” Drivers may perform well during qualifying rounds on Saturdays with the turbo, but it’s crucial that same energy is available on Sundays, when the race actually takes place. “Is it about being on the front of the grid but then struggling for energy on lap two, or is it about making sure that you can run a real solid race? That is something that all manufacturers need to balance out. That can skew the way you size the turbo,” said Cowell.

The whole point of the Formula 1 size zero concept is that it’s supposed to improve the power unit design by minimizing the car’s size at the rear end, according to ESPN’s Laurence Edmondson. McLaren-Honda were the first ones to explore Formula 1 size zero in 2015 and they plan on using it this season as well, as they look to once again compete against the best teams.

Honda motorsport chief, Yasuhisa Arai, said they’re striving to improve the Formula 1 size zero system to make their cars more competitive, despite being already at “zero.” “We keep the philosophy and concept of the size zero package and we improve on it next year to have a more sophisticated size zero. It’s very difficult because we’re almost at zero! But we use that particular design, a very specific and aggressive design, and we should keep that.”

The season opener is scheduled for March 20th in Melbourne, and with these developments in full swing it’s looking to be an exciting year ahead.