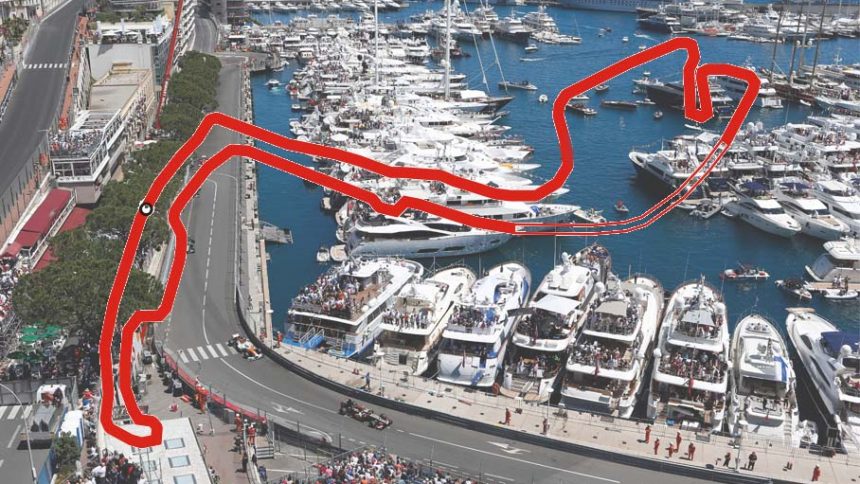 First of all, it is essential to know about the special features of the Monaco Grand Prix before heading to best F1 betting sites. What makes the Circuit de Monaco special is the fact that it is a street circuit by the Monte Carlo harbor which offers an amazing scenic view during the race.

The circuit is full of sharp turns and mostly surrounded by walls. It is definitely one of the most challenging circuits of the Formula 1 calendar. It is quite likely that many drivers may not finish the race due to accidents and engine-related problems; therefore the outcome of the race is rather unpredictable. It wouldn’t be wrong to assume that online sportsbooks which offer bets on Formula 1 had terrible headache while determining the 2016 Formula 1 Monaco Grand Prix betting odds.

This royal circuit is definitely the favorite of the legends like Ayrton Senna who won the Monaco Grand Prix six times, five of them were consecutive wins between 1989 and 1993, before he was killed in San Marino Grand Prix during an accident in 1994.

The 2015 Monaco Grand Prix’s winner was Lewis Hamilton. His team mate Nico Rosberg finished the race in the second place while Ferrari’s Sebastian Vettel finished the race on the 3rd spot. It seems like the favorites of the podium race have been the same names since the last year as we see these three drivers on the top quite often this year.

Max Verstappen’s victory in the Spanish Grand Prix has definitely effected the 2016 Formula 1 Monaco Grand Prix betting odds. After the Russian Grand Prix Red Bull decided to swap Daniil Kvyat with Max Verstappen who drove a Toro Rosso car at that time. Verstappen proved this decision right and won the first race after he was appointed as a Red Bull driver. It seems like Verstappen and Ricciardo make a good team.

Moreover, Renault’s upgraded engine will be tested for the first time in a race in Monaco. If the predictions prove right, we can see a stronger Red Bull in Monaco. This makes the job of Mercedes and Ferrari drivers even more difficult. Ferrari drivers Vettel and Raikkonen are less favored than the Red Bull drivers in Monaco by the best online sportsbooks.

2016 Formula 1 Monaco Grand Prix betting odds cannot indicate an exact favorite since there are three major teams who will do everything to finish the race on the top. Mercedes drivers ruined themselves in Spain when Hamilton crashed Rosberg at the beginning of the race which left both drivers out of the race.

Here is the assessment of the crash if you are interested about the details of the incident which left both of the Mercedes drivers out of the race in Barcelona-Catalunya:

As we already mentioned that Red Bull is going to test their upgraded engine which is expected to provide better performance for the cars. Verstappen has already proven his worth; therefore Red Bull is ready get into challenge with Mercedes and Ferrari.

With the increasing Red Bull threat, Ferrari has to take an action to be among the contenders during the rest of the season. Ferrari drivers have been among the top three in most of the races so far; however they have to start winning to be able to win the constructors championship. Currently, online sportsbooks are favoring Mercedes to win the 2016 F1 constructors championship.

According to online motor sports news in Europe, thunderstorm is expected during the race. The weather will determine the whole tyre and pit stop strategies of the teams. The Circuit de Monaco is already challenging without rain. The wet track will definitely make the race more interesting. This information definitely tops the 2016 Monaco Grand Prix betting tips. It is time to sit down and wait until Sunday, 14:00 for the most exciting race of the year to kick off.

Here are the tyre selections of the teams:

The #PZero#MonacoGP driver sets! Get to know our newest #F1 colour: https://t.co/5TcH8QhW3j#PurpleIsTheNewBlackpic.twitter.com/xjCXBphAGa

And finally 2016 Formula 1 Monaco Grand Prix betting odds table. Click on the logo of the sportsbook that you want to wager your bets at.