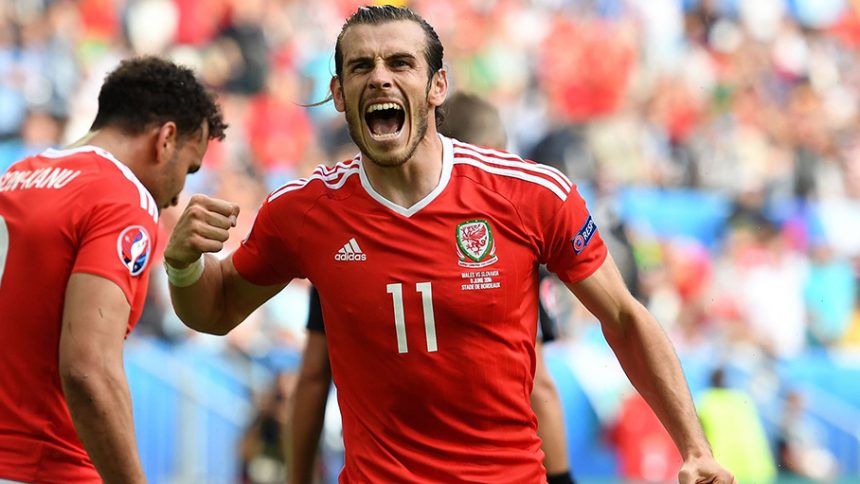 Bet on Euro Top Goalscorer with Bet365 as Wales takes on Belgium in the Quarter-Finals of the Euros tonight.

“We’re like their bogey team, aren’t we?” said Bale ahead of the match with Belgium. “Hopefully that edge gets into their heads – you never know. We will definitely draw on those qualifiers, it gives us more knowledge on them.”

Bet on Euro Top Goalscorer with Bet365 Sports! (For more info about the online sportsbook, check out Bet365 Sports Review at Betting Herald.)

“We know how to play against them and how they play. We know it will be a different game from the qualifiers and it is a more pressurised situation. But we understand what they are about, how they work, and we will hone our game plan to try and stop them but help out attack,” said the 26-year-old Welsh star.

Bale remains calm about the upcoming Quarter-Final match regardless of tonight’s result, believing that his country is already proud of how far they’ve reached in the tournament, but adds that they want to go all the way and even win the Euros.

“We have done well and the country is proud of us even if we do get knocked out. But we want to keep going, we want to keep riding this wave,” stressed Bale. “We want to go as far as we can and try to win the tournament. We understand the position we are in and everything else goes to the back of our mind. It is all about trying to beat Belgium and getting to the semis.”

Wales and Belgium were pit together in the same qualifying group (Group B) for Euro 2016, so both of the sides are familiar with each other’s game plan ahead of tonight’s highly anticipated clash. Belgium finished that qualifying campaign first in their group with 23 points, while Chris Coleman’s side ended second with only 2 points less.

Despite being runner-up in Group B of the qualifiers, Wales got the better of the Red Devils when they faced each other. The first encounter in Brussels, saw the match end 0-0, while the return game in Cardiff finished with a 1-0 win for Wales – the goal coming from the Bale himself. Bet on Euro Top Goalscorer with Bet365 Sports! 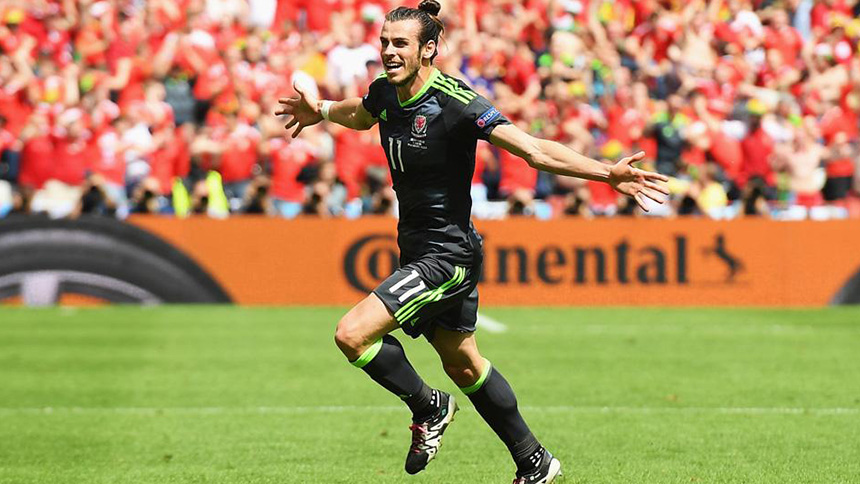 Bale will be on the look-out to find the back of the net against Belgium tonight
(Image credit: Sports Illustrated)

Bale has scored 3 goals in the tournament so far, and he’s tied with Antoine Griezmann and Alvaro Morata as the Euro top goalscorer of the Euros until this stage. The Real Madrid winger will be aiming to find himself on the scoresheet against Belgium to help his country progress to the semi-finals and also possibly clinch the Golden Boot at the end of the Euros if other forwards in the competition don’t catch up with him. Bet on Euro Top Goalscorer with Bet365 Sports!

France’s powerful forward Antoine Griezmann enjoyed marvellous form for his club Atletico Madrid last season where he scored 32 goals across all competitions, and he’s been able to transfer that same momentum to the national side. He’s the favourite to win the Golden Boot 3.50 (5/2), per online sportsbook Bet365, while Bale is second in the running 7.00 (6/1). The two-time Champions League winner with Real Madrid has scored an impressive 7 goals during the Euro 2016 qualifiers, which is nearly two-thirds of what Wales scored collectively as a team (11). Bet on Euro Top Goalscorer with Bet365 Sports!

Belgium’s imposing striker Romelu Lukaku is the third favourite on the list 8.00 (7/1), and he might add on his 2 goals at the Euros in the match against the Dragons tonight. Mario Gomez is back in the German squad after being left out of the 2014 World Cup winning team in Brazil due to injury. He’s already notched 2 goals in the tournament, however he’s not viewed as a likely candidate to clinch the Golden Boot in France with odds of 9.00 (8/1).

Cristiano Ronaldo also carries underdog chances 10.00 (9/1) to win the prized award, although he has scored for the third time at the Euros last night against Poland, during the penalty shoot-out. Dimitri Payet 15.00 (14/1) and Graziano Pelle 17.00 (16/1) are deemed as outsiders for the personal accolade, while Alvaro Morata’s 3 goals in the competition will likely be surpassed, hence his minimal chances 26.00 (25/1) of clinching the Golden Boot, per online sportsbook odds.