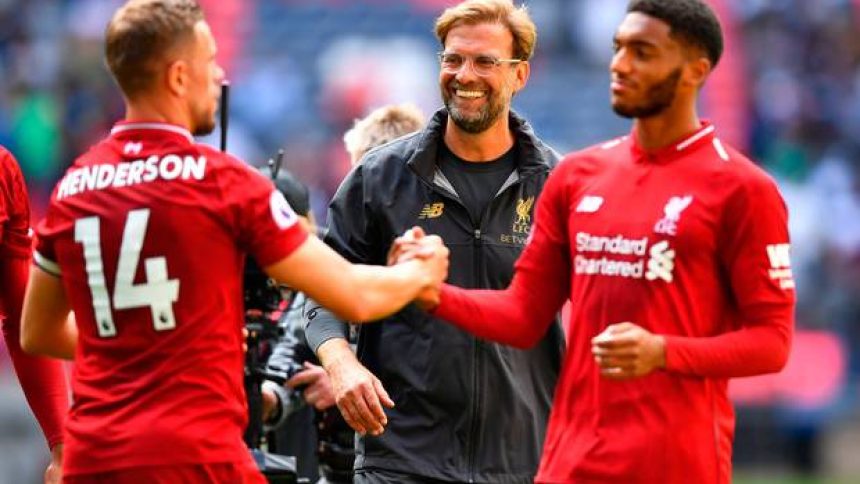 Now’s the perfect time to bet on Liverpool,after Jurgen Klopp says his side is a ‘proper force’ that’s looking to winthings.

In hunt for the first league title since 1990

As Man City clinched the Premier League title last season with an unprecedented 100 points, there seemed to be no viable usurpers in sight that could match or beat their dominance, per football betting sites in UK.

But this season, the football landscape in England is somewhat different; Liverpool have emerged as the underdogs for the crown, and are currently the only ones that could spoil Pep Guardiola’s plans of back-to-back titles.

Last season, the Reds finished 4th in the Premier League – a huge 25 points behind the ‘Centurions’ of Man City – whereas now they’re in 2nd position with only a single point separating them and the Sky Blues at the very top.

“We have a really good team together, as a club,” Jurgen Klopp commented. “It’s a proper force, we have a lot of power in and around the club.”

“Take all the dreams together and that can be a real high energy, or create a proper energy going forward. It took a while obviously until everybody thought it, but it’s obvious.”

“We will probably qualify for the third time in a row for the Champions league, it’s been a while since that happened, we are fighting for the top spot in the league and we are in the quarter-finals of the Champions League, it’s obvious.”

“That’s what we’re doing at the moment. This year is to use what we have with 100% and that makes us a difficult opponent to play because we find different ways to win football games. We are always difficult to play.”

Liverpool face a tough task in the remainder of the campaign

Having played 32 games so far in the English top flight, there are only 6 rounds until the end of the season. This means that the top two sides will be looking to win every single one of their final games, as dropping points (even recording a draw) could be detrimental to each side’s title hopes.

Man City are obviously the stronger side between the pair considering their squad depth and the talents at their disposal; adding to that they’ve got the winning mentality and last year’s experience to push them over the line.

Liverpool on the other hand are lacking in certain department, especially the latter point, when it comes to experience. Klopp, along with the players themselves, must be under huge pressure to produce results in the last 6 games, as they’re aware this is their best chance in years to clinch the Premier League crown.

Looking at the remaining fixtures for each side, the Reds are more fortunate as they will face lower sides compared to the Sky Blues who will go up against Tottenham (3 times: the Premier League and the Champions League quarter-finals), followed by Man United at Old Trafford. Based on this, it’s worth placing a bet on Liverpool with football betting sites in UK to seal the title for the first time since 1990.